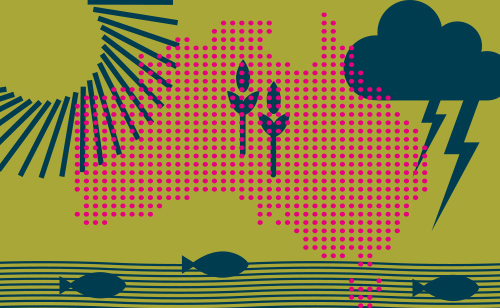 Australia plans to up the ante on polluters

Environmental pollution is a growing global concern. And with the world’s population expanding rapidly, the demand on our stretched natural resources, increases further. At the same time, waste and pollution is on the rise, causing irreversible damage to our environment. While some countries are still figuring out how to respond to this critical issue, others, like Australia, have decided to get tough on pollution with new regulations and strict penalties for environmental infractions.

In Need of Reform

Many will be surprised to learn that Australia – with its golden beaches and the Great Barrier Reef – is among the world’s worst environmental offenders.  Home to more than 23 million people, Australia is one of the world’s top ten biggest users and polluters of natural resources – with carbon emissions being the main factor accounting for its high ranking. If everyone on the planet lived like the average Australian, it would take 3.76 planets to support the world’s current population!

In an effort to reign in pollution and bring environmental violators to justice, the New South Wales (NSW) Government is establishing new measures that would strengthen the state’s environmental watchdog, the Environment Protection Authority (EPA), and help ensure that people and corporations comply with environmental regulations and maintain good environmental performance.

A Step in the Right Direction

In May 2014, the NSW Government announced policy changes that would provide the EPA with the toughest regulatory powers in Australia, which can be used against industries that pose the greatest risk to NSW’s communities.

While these proposals are yet to be formally passed into law, the changes would enable the EPA to more effectively regulate operators and will give the organisation authority to appoint the highest penalties of any environmental regulator in Australia, along with increased powers to bring serious environmental criminals and major polluters to justice.

The new actions introduce risk-based licensing requirements and a tenfold increase in penalties for companies that breach the environment protection licenses, which would increase fines for the ten most serious environmental offences from $1,500 to $15,000 for a corporation and from $750 to $7,500 for an individual.

By making the new fines the highest in the nation, the new environment minister, Rob Strokes, is confident that these changes would shift the balance of power back in favor of the regulator rather than the polluter. However, penalty notices are just one example of a number of tools the EPA can use to achieve environmental compliance, including formal warnings, license conditions, notices and directions, mandatory audits, enforceable undertakings, legally binding pollution reduction programs and prosecutions.

Of course, pollution is not just a problem in Australia. Every country around the world, in varying degrees, is grappling with how to prevent pollution and punish those who do pollute. And, as governments fine tune their focus on these important issues so also must corporations.

Today in some countries some industries are required to make financial provisions for pollution for incidents but there is currently no legislative requirement for corporations based in any country to take out pollution insurance. However, with the increased focus on improving pollution standards as well as the expansion of the EPA’s authority and stricter penalties, companies are becoming more aware of the risks and costs associated with environmental violations. After all, it is not only the fines that can be costly, but also the environmental cleanup costs and legal fees associated with the violation – to the tune of millions of dollars in some cases.

While the global debate on environmental pollution has become highly politicised at times, I think it’s safe to say that all humans can agree on the basic premise that we’d prefer to live on a healthy, sustainable planet. As governments, charities, corporations and individuals all play a role in trying to help safe guard the environment from the ever increasing impact of pollution, so also must the insurance industry.

Pollution damage is a serious threat to our environment and health.  If everyone does their part, together we can mitigate the threat of pollution and create a better, more stable environment for the future.