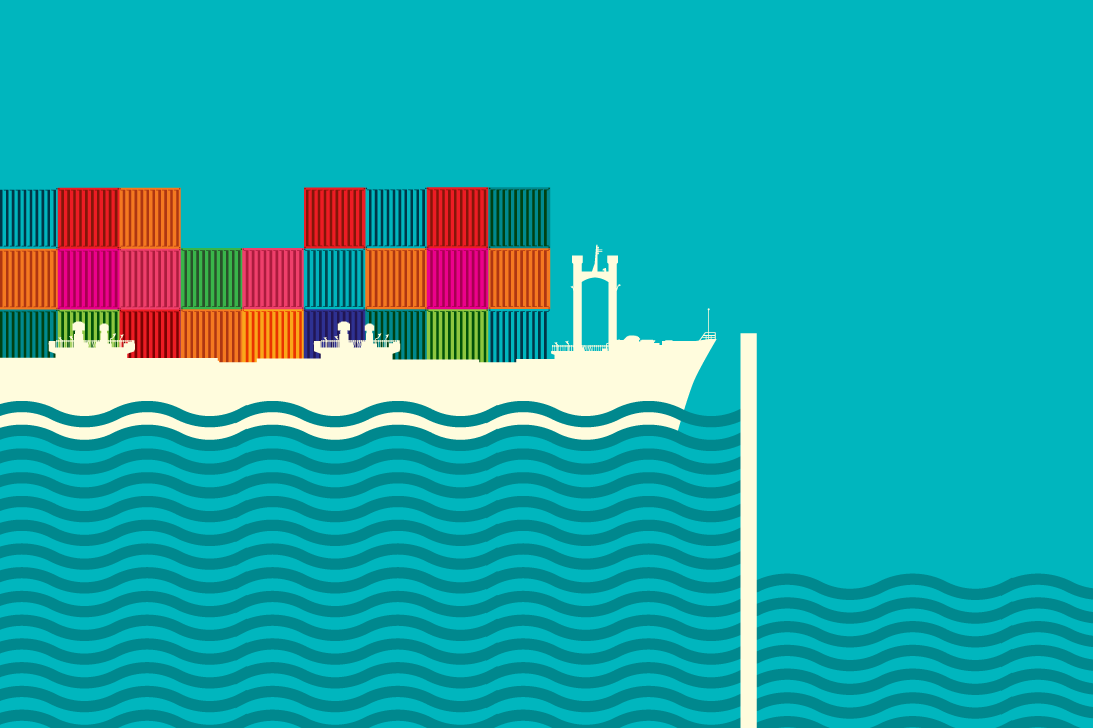 The Panama Canal opened in 1914 and today handles about one-third of the trade between Asia and the Americas. However, as globalization has driven the maritime shipping industry to launch bigger and bigger ships, an expansion of the Canal was inevitable.​In a national referendum in 2006, the Panamanian people approved a major initiative to double the Canal’s capacity. Since then, an international consortium of companies has constructed a new third lane with locks 1,400 feet long, 180 feet wide and 60 feet deep. This new lane can accommodate “New Panamax” container ships up to 13,000 TEUs, compared to 5,000 TEUs previously (Twenty-foot Equivalent Unit, the standard metric used to describe how many containers a ship can carry), as well as larger bulk carriers, tankers and cruise ships.​Massive infrastructure projects are often contentious and controversial, and beset with an assortment of challenges; the Panama Canal expansion project is no exception. Nonetheless, the project is now finished, and on June 26th the newly named Costco Shipping Panama became the first vessel to pass through the new third lane. Originally named Andronikos, it changed its name to respect the honor of being the first New Panamax-sized ship to transit the expanded Panama Canal.Watchin’ the ships roll inAfter the referendum had passed, port authorities across the Americas embarked on a variety of projects to accommodate vastly bigger ships – and to keep from being left behind. As the planning director for a Central American port put it, “The shipping industry doesn’t care what ports need to do to be ready or what it costs. If you're not ready, they’ll simply take you off their route.”​As a result, harbors have been dredged, berths expanded, bridges raised, and new lift cranes installed.​According to the American Association of Port Authorities, almost USD 155 billion will have been spent in the U.S. by 2020 on various port expansion and related infrastructure projects: ​While many projects have been completed – the ports in Baltimore, Norfolk and Miami can now handle larger ships – a number are still underway. The Bayonne Bridge connecting New Jersey and Staten Island, New York, for example, is being raised by more than 60 feet so that bigger container ships can access the largest terminals at the Port of New York and New Jersey; work there is scheduled to be completed in 2019. And dredging projects continue at the ports in Savannah, Ga. and Jacksonville, Fla.​The story is similar in Latin America. Mexico, for example, is investing USD 1.8 billion to expand the port at Veracruz, the country’s automotive gateway. And port construction projects worth close to USD 30 billion are underway in Brazil, Chile, Columbia and Peru. These include a berth expansion project at Puerto San Antonio in Chile and improvements at the container port in Callao, Peru where the harbor is being deepened, and new berths and lift cranes are being added. Plans for building a new mega-port in San Antonio, Chile are also in development.​

FastFastFacts&bull; Five of the top 10 countries shipping cargo through the Canal are in Latin America. They accounted for 27% of its volume in 2015.&bull; The Panama Canal&rsquo;s accident rate over the past 20 years is about 1 in 6,000 transits versus 1 in 1,450 for the Suez Canal.
Building bridges

As a significant node in the global transport network, the expansion of the Panama Canal will certainly lead to changes in the flow of goods between different regions. While some of these changes may be slow to materialize, especially given the current economic climate, doubling the Canal’s capacity is expected to reconfigure trade flows in several ways.​A recent analysis by the Boston Consulting Group and C.H. Robinson Worldwide, for example, concluded that about 10 percent of the Asia-to-U.S. container traffic would shift from the West Coast to the East Coast by 2020. A larger Panama Canal also offers an attractive alternative for shipping agricultural products from the U.S. heartland to Asia via the Mississippi River.​It could also promote the development of a more global market for liquid natural gas. As natural gas production has surged in the U.S., producers are looking to develop new markets in Asia; an expanded Panama Canal could help facilitate that. In fact, an official with the Panama Canal Authority has commented that LNG could soon be one of the leading products to pass through the Canal.​Increasing the capacity of the Panama Canal should also create attractive opportunities throughout Central and South America.One likely development is that it will elevate the importance of Panama’s three ports – Balboa, Colón, and Manzanillo. As ships get bigger and bigger – nine 19,000+ TEU ships were launched in the past two years – a hub-and-spoke system is evolving with more transshipments via “feeder ships” to smaller ports that aren’t capable of handling these behemoths. While this presents some challenges from a risk management standpoint – more handling means more risk – Panama’s ports could serve as a link between major Asian markets and shippers using regional ports like Barranquilla, Colombia.​In addition, as more goods are shipped from Asia to the East Coast, the ships obviously won’t want to return empty. That creates an opportunity to increase exports of agricultural and other products from Latin America to Asia.​The ability to more quickly move a larger volume of goods between the two oceans should also lead to substantially greater shipments of perishable products from Latin America to North America including meat and fish, fresh produce and cut flowers.​A more complex risk landscape

Doubling the Canal’s capacity will also alter the risk landscape in Panama and elsewhere.​For starters, bigger ships mean greater accumulation risks. It’s estimated that the value of the additional cargo moving through the Canal each day will be worth about USD 1.25 billion. And that figure doesn’t include the vessels queuing at both ends of the Canal.​Operational risks at the Canal are also potentially greater. In the original locks, electric locomotives alongside each of the lock walls pull the vessel through the locks; that approach has proved to be extremely reliable and safe. In the new third lane, ships are escorted through the locks by tugs positioned fore and aft. While Canal pilots and tugboat captains have undergone extensive training, many observers have expressed concerns about the possibility of a tug losing control of the tow, resulting in damage to the lock as well as the ship. The maneuverability of the tugs selected for this task has also been questioned.​Given the prominent role of the Panama Canal in global supply chains, any incident that takes the third lane offline could have adverse economic impacts across a range of industries and in numerous locales, especially if it is offline for a protracted length of time. Latin American companies shipping perishable products to North America, for example, could be especially affected by such an event.​Ports that have expanded, or are being expanded, to handle New Panamax (and bigger) vessels also face greater accumulation and operational risks. And for ports on the East Coast of the U.S., the risks are amplified by the ongoing threat posed by hurricanes.​The opening of the Panama Canal in 1914 was a seminal event with far-reaching consequences. Expanding the Canal was also a monumental undertaking with effects that are reverberating throughout the Americas and across the globe. While it is too soon to say exactly how it will change regional and global trade flows, an expanded Panama Canal should continue to play a significant role in the continuing march to a smaller world and a larger global economy.