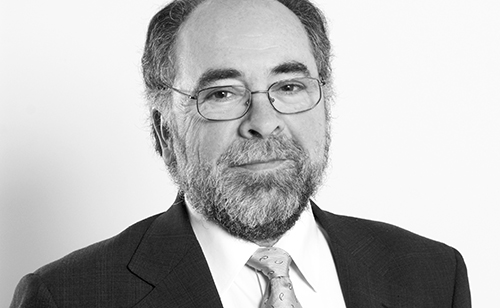 Celebrating a Century of Progress

2014 marks the centennial of the Panama Canal. It was a feat of engineering: ambitious, complex and arduous, 77.1 km connecting the Pacific and Atlantic oceans. France began constructing it in 1881. The United States took over the project in 1904, and finished a decade later. Different governments have controlled it over the century, until finally, in 1999, the Panamanian government was able to assume full authority.

This centennial of the Panama Canal is a milestone in international trade and collaboration, and a symbol of the hard-won stability and prosperity in Latin America. It also serves as inspiration for the next steps in economic growth and global competitiveness: enhanced infrastructure, improved trade relations, and heightened productivity.

High Flyers on the Way

Compare the 3% projected economic growth in Latin America to 1% in most other regions, and there is no doubt that investment will continue to pour in. Plus, regulation is evolving to encourage more growth. The Pacific Alliance between Mexico, Chile, Peru, and Colombia was a brilliant move to ease the flow of trade and integrate the region for consolidated power, and the alliance is encouraging neighboring countries to join. All of this will make the region even more appealing to foreign investors, and help multilatinas and other businesses to expand within the region and globally.

Businesses and government are following through on the need for infrastructural improvements with ambitious projects. Across the region, at least USD 90 billion in transport infrastructure, USD 26 billion in energy projects, and USD 36 billion in oil and gas projects are underway. According to a study by SOBRATEMA (Brazilian Association of Technology for Equipment and Maintenance), by 2016, in Brazil alone, 12,265 infrastructure projects worth USD 846 billion are planned.

After hosting the World Cup, Brazil is also preparing for the 2016 Olympics. Mexico is erecting a new international airport in Mexico City, plus an aqueduct, railways, highways, and more. Colombia is developing the fourth generation 4G infrastructure plan. Peru is developing the San Lorenzo Island into a satellite city. And Chile and Argentina are creating an inter-oceanic corridor, like the Panama Canal, to facilitate trade.

So many exciting projects, so many bidders! Multilatinas have a fantastic opportunity here to build the world’s most important new stadiums, ports, railways, bridges, and more. Of course, competition is going to be tough.

Regional companies will be competing against the top, multinational firms with decades of experience. But don’t forget the home advantage. The records show that companies building close to home have higher profit margins, and vice versa. Foreign bidders will face reduced margins and increased risk.

Aside from that, there are risks which affect everyone, whether near or far from home. What are they?

The 2010 earthquake and tsunami in Chile, and the very recent one in the north of Chile—with tremors felt all the way in Bolivia’s capital—are painful reminders of catastrophes which have the potential to set back projects, companies, and even a national economy.

If an earthquake, tsunami, hurricane, flood, or other natural catastrophe strikes during construction, in addition to the tragic loss of life, financial loss can devastate a business. The World Bank tallied costs of USD 235 billion following the 2011 earthquake and tsunami in Japan.

There is only one, single benefit to the colossal catastrophes suffered: they have caused risk-management standards to rise in the past three years. For example, the floods in Central Europe were far less costly than they would have been a decade ago, because of the risk protection put in place by companies who learned from Japan’s tragedy. Global risk experts  also have more data than ever to help them understand potential risk. But the ticket-price for catastrophes in the past three years is still higher than ever, and there have been a lot of them.

There are additional risk factors  which can shrink profit margins, all the way to zero.

50% of CEOs believed that they should have identified calculation errors while they were bidding on the project.

64% of the CEOs believed that their entire project review process was simply inadequate.

Stakeholders put pressure on bidders to keep costs down, but they also expect detailed risk management measures as part of the tender. On massive infrastructure projects, inadequate risk engineering up front is a forerunner of insolvency later. Build advanced risk engineering into the tender, and margins are protected, along with the competitive edge, from the bidding process all the way to the end of the project.

On the other hand, start risk engineering late, and it could prove to be a project’s Achilles heel. The bigger they are, the harder they fall. No company can afford that risk on a high-profile project. In the event of a major delay or catastrophe, a company’s reputation or financials could be ruined permanently.

Multilatinas are taking on projects which will help create the future of Latin America and the rest of the world. They are immense and complex, and the risk analysis and measurement have to be on par with that. Risk engineering must identify, quantify, mitigate and track risks. Risk engineers with global experience should scrutinize designs, physical locations, materials, contractors—every element and phase of the project.  Project elements which are insufficiently explored can easily create minefields of risk later.

Finally, a risk-engineering partner should stick with a company, and be accountable, from start to finish. The best risk advisors not only commit to the full project life-cycle, they also educate and support companies to help them develop robust, internal risk-management practices.

Once advanced risk-engineering is in place, and the risk quantified, an insurance partner can gauge and price coverage much more accurately, and put optimal coverage in place.

Standard coverage is reasonably priced for everything from design and omission errors to delays, loss, business interruption, natural catastrophe, and so forth. However, on complex projects, standard coverage could fall short. Policies may not be sufficiently customized to fit the individual business or project, and what looks like a small discrepancy between standard and tailored coverage can turn into a punishing loss later.

And finally, even within a global program, policies should be in the local language. Not only should the wordings comply with the letter of the law in each jurisdiction, but the broker and insurer must be licensed in that jurisdiction. Otherwise, at the moment of need, the policy could be void.

A New Century of Accelerated Growth

The Panama Canal stands for a century of hard-won progress. As Latin America becomes an even more prominent world player in this new century, technology will propel faster development, but also a faster risk tempo.

Fortunately, Latin American companies are in a more powerful position globally than ever before. Multilatinas have the home advantage for infrastructural improvement in the region, and an unprecedented opportunity to invest in Asia, Europe and elsewhere, where economies are eager for Latin American investment.

Although multilatina construction companies may not always have the same experience, or the same broad, global support network as foreign multinationals, having risk management and insurance partners with global experience will be key enablers. Superior risk engineering and carefully tailored coverage can help convince stakeholders, win contracts, and sustain a healthy profit margin to completion. Most importantly, risk and insurance partners should commit to a long-term collaboration of mutual investment, to empower Latin American companies to help build the future, at home and around the world.

Francisco Triviño   is XL Group’s Property Underwriting Manager for Iberia and Latin America. An engineer with 26 years in the insurance industry, he offers expertise in every kind of property  and construction.