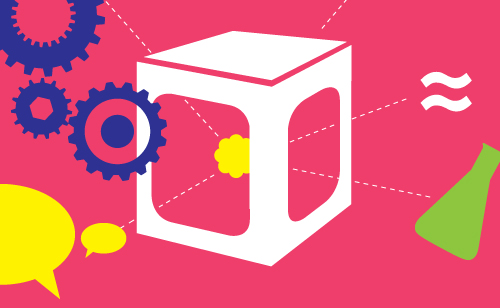 3D Printing The Dawn of the Bespoke Era

Computers, smartphones, and email have transformed the cultural and corporate landscape, and now startling new technologies are springing up in every arena.

No one could forecast the full outcome of these innovations, but we have some ideas.

Welcome to the second part in our Fast Fast Forward Disruptive Technology series.***

It’s hailed as the “New Industrial Revolution”. Yet until very recently, the general public thought of 3D printing as a gimmick, on a par with 3D movies. Well, 3D cinema has come a long way, but not as far as 3D printing, and nowhere near as far as it is going.

While the consumer masses have been dancing in the streets, fiddling with their new appendages—smart phones and tablets—government and big business have been in the back offices, diligently printing their way to progress.

Terry Wohlers has been producing his annual progress report on the state of 3D printing, The Wohlers Report, since 1993. For 27 years his Colorado consultancy has devoted itself exclusively to helping governments and manufacturers in every industry use 3D printing to speed product development and production.  Clients include the US Department of Energy, the Canadian Consortium for Research and Innovation in Aerospace, DuPont, ABB, Nike, Ericsson, Nokia, Proctor & Gamble, Hewlett Packard, Airbus, and many more. According to Wohlers, 3D printing will be a USD 3.1 billion industry by 2016, USD 5.2 billion by 2020.

3D printing news has barely hit the mainstream, and already online retailers are sending email blasts advertising home 3D printers for as little as USD 500. Suddenly, everyone wants to know how it works and why they should get one.

What is 3D printing?

Now some people are calling it “personal manufacturing” because for the first time in history, anyone with a computer, 3D design software, and a 3D printer can make consumer products in his own home. Add a 3D scanner, and you can scan any item, translate it into a digital design, and replicate it.

The average consumer 3D printer is about the size of a microwave, but much lighter. It’s light enough to carry on the train to a friend’s birthday party, for example, to print a birthday cake right in front of her eyes.The Bespoke Era: Dreams Come True

It is proposed as part of the 2014 curriculum that every primary school in England under local authority control will begin training its tiny pupils in 3D design and printing, as well as robotics. No, not China, England. The 3D-printed future is here.

The ability to print any design, and design anything, finally liberates us from the plain, functional aesthetic of the factory age, anointing the average person with the gift of fabricating not merely primitive crafts, but sophisticated, intricate, individual structures. It puts customization in the hands of industry, and mass-production in the hands of the little guy.

It’s true that traditional hands-on arts and crafts, like sculpting, sewing, and building musical instruments, could become practically extinct, reserved for retro boutiques and deprived backwaters. With a computer, (Computer Aided Design) software, and a 3D printer, artists and designers will be able to realize fantasies through 3D printing, without ever learning to wield a chisel, a hammer, or a needle and thread.

Universal customization will be possible, so it will also be expected.

And it won’t be just for couture houses. British department-store chain Tesco has already announced plans to offer in-store 3D scanning and 3D-printed tailored clothes, as well as customized 3D-printed toys and spare parts on demand.

Business models are already changing, and Tesco is a good example of how to capitalize on the technology at the starting gate. Instead of trying to create fortresses around intellectual property like clothing and toy designs, they are publishing designs and offering customization on their terms to customers. Smart plan. Most of us don’t dream of wearing the physical manifestation of electricity, and don’t want to start a design from scratch, when a bit of tailoring and a little flourish will do.

With the impending integration of nano 3D scanners into smartphones and eventually even eye glasses—starting with Google Glass, anyone could scan nearly any item they encounter, and automatically translate it into a digital design.  Practically anything can then be replicated on a 3D printer, small objects at home and larger items at a tech shop.

Will counterfeiting and espionage assume mythical dimensions? What about identity theft?

Your own face could be scanned by a passerby, who could then print a mask and commit a crime. In a few hours, the police could be knocking on your door to arrest you based on CCT (surveillance) footage.

The next social network craze could be “Myface”. Instead of sharing music lists or banal household reports, everybody could upload and download blueprints of real faces, ready for custom fitting and printing.

What about fingerprint and retinal scans, worldwide standards for criminal indexing? Could those be scanned without our knowledge by anyone in the vicinity? Even personal abstinence from the cloud connection could not prevent your belongings and your person from being replicated in this way.

What Dreams May Come

It’s fantastic, it’s terrifying, and it’s here. We will find a way around the problems as we always have.

Primary school pupils armed with CAD programs and 3D printers? Although we are about to say goodbye to the days when children decked our mantles with ashtrays and amorphous clay figurines, we can still greet the holographic future with a smile. From now on, the least dexterous among them will be empowered to make their dreams a tangible reality.But what impact will 3D printing have on business, health, and construction in the near future?

“3D Printing the Human Body: Healing, the Bionic Man, and the Fountain of Youth”:http://xlgroup.com/fast-fast-forward/articles/3d-printing-the-human-body

“3D Printing: Supply Chain Salvation and the Rebirth of the Mom and Pop Store”: http://xlgroup.com/fast-fast-forward/articles/3d-democracy