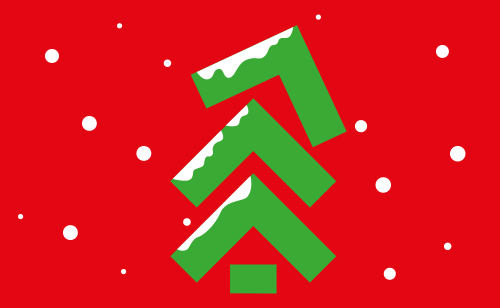 What’s in your stocking?

Traditionally the first Sunday in Advent has signalled the start of the run-up to Christmas, but it seems that for retailers two other dates now need to be added to the calendar: Black Friday and Cyber Monday.

‘Cyber Monday’ in the UK was the 2nd December, with analysis from credit card firm Visa pointing to that day as the biggest online shopping day before Christmas, with an estimated £450mn expected to have been spent, with some 7.7 million online transactions, up 16 percent on 2012. John Lewis expected 80,000 orders, while Amazon was hoping for over 3.5 million. Top of the stocking fillers for grown-ups according to John Lewis were expected to be iPads, Ugg boots and cashmere clothing.

For traditional shopping the previous Friday was also expected to produce substantial sales, with UK stores now beginning to follow the US tradition of offering substantial discounts on the so-called ‘Black Friday’, which for US shoppers falls after the national Thanksgiving holiday and is a day which many take off work.

Yet what consumers may not necessarily appreciate is the vital importance that the UK insurance market plays in making both traditional and ecommerce happen on key consumer dates such as Cyber Monday and Black Friday. Our market helps to ensure that when we wake on Christmas morning to the smell of roasting turkey and the sight of falling snow (well, we can hope), our dreams are not shattered by an empty stocking. This may seem something of an overstatement, but in all seriousness there is little doubt that insurance plays an absolutely crucial role in helping to ensure that the prized consumer goods we are so looking forward to can be produced, shipped and distributed in what is now a hugely complicated supply chain.

It’s important to appreciate the role of world trade in helping to facilitate Christmas consumables. Just look at the list of consumer desirables drawn up by John Lewis. Granted, cashmere clothing is a luxury item that is able to be produced within our own shores, but iPads are manufactured in China, as are the official UGG brand boots, owned by California-based Deckers Outdoor Corporation.

The back of the iPad 2 says, "Designed by Apple in California. Assembled in China." Michael Millar who blogs for PC Magazine writes:  “While final assembly is in China, most of the components seem to be actually manufactured in other Asian countries. Samsung makes the bulk of its chips in Korea, as does Hynix. Toshiba has its NAND manufacturing in Japan…other smaller semiconductor makers mentioned are based in California, but don't do their own manufacturing, so most of their chips are produced by "foundries," such as TSMC and UMC in Taiwan, or Global Foundries in Germany or Singapore. Infineon is a Germany company. ARM is based in England.”

Looking at the toys which are expected to be the best-selling children’s toys this year the picture is similar: Teksta the robotic dog and Furbies are manufactured in East Asia, while the perennial favourite Monopoly still has to be shipped to our shores as it is produced in Waterford, Ireland, by US owner Hasbro, having bought the rights in 1994.

Of course not all the trade is one way – on a three day visit at the beginning of December the UK Prime Minister David Cameron was in Beijing, leading the biggest British trade delegation ever to visit China, with over 100 business leaders part of the business party hoping to increase their share in the Chinese marketplace, some of the well-known British brands hoping to increase exports to the country included Mothercare, Rolls-Royce and drinks giant Diageo.

According to the International Union of Marine Insurance, 2013 could yet turn out to be a pivotal year for marine insurers, with world trade growth finally rebounding after three years of steady decline. Research by IUMI suggests that growth in global trade in 2013 will reach 3.6% followed by another 5.6 % in 2014. Concurrently, world trade values continue to rise significantly following the recessionary period 2008–2010. Values for this year alone should reach approximately$18.3 trillion and $19.9 trillion by the end of 2014, according to IUMI.

Naturally maritime trade remains key for the transport of consumer goods from one market to another, and underpinning such movement is the marine insurance market, with cargo insurance key.

In terms of what’s on offer of course cover will vary across the market but it’s clear that a wide range of protection is potentially available i.e. temporary storage, war and strike, and terrorism risks in the ordinary course of transit and professional liability coverage for freight forwarders, logistic companies and land carriers. Property endorsements

It’s in a related element of property insurance, however, that Business Interruption is increasingly becoming a key risk mitigation tool and one which, given the scale and complexity of the modern Christmas from a trading point of view, can ensure that businesses have financial peace of mind should the supply chain be interrupted. And this is hardly as far-fetched a notion as it once might have been- who would have expected superstorm Sandy would have wreaked havoc in much of the US northeast at the end of October last year?

Standard Business interruption cover is designed to provide insureds coverage for expenses that necessarily continue and the net profit that is lost during the period when the business’ normal operations are interrupted as a result of physical damage caused by a covered peril. The physical damage experienced must result in a partial or full suspension of the insured’s business.

However in recent years an important extension to the standard policy has emerged known as contingent business interruption (CBI) or dependent properties coverage, typically providing coverage against physical damage that occurs at a third-party location, such as a supplier or customer that impacts the insured. CBI can also be applied to damage at a specified property, for example a large department store located in a shopping centre where smaller stores depend on the attraction of shoppers to the large department store in order to drive traffic to their own stores.

Oh, and we haven’t mentioned event cancellation cover,  aviation insurance, trade credit, natural catastrophe cover… it’s clear that there are a host of insurance products which, given the nature of a modern UK Christmas, so much dependent on overseas trade and a robust supply chain, provide the necessary underpinning for many businesses to trade with peace of mind. Now, where was that specialist vintage sleigh cover we’ve been working on?