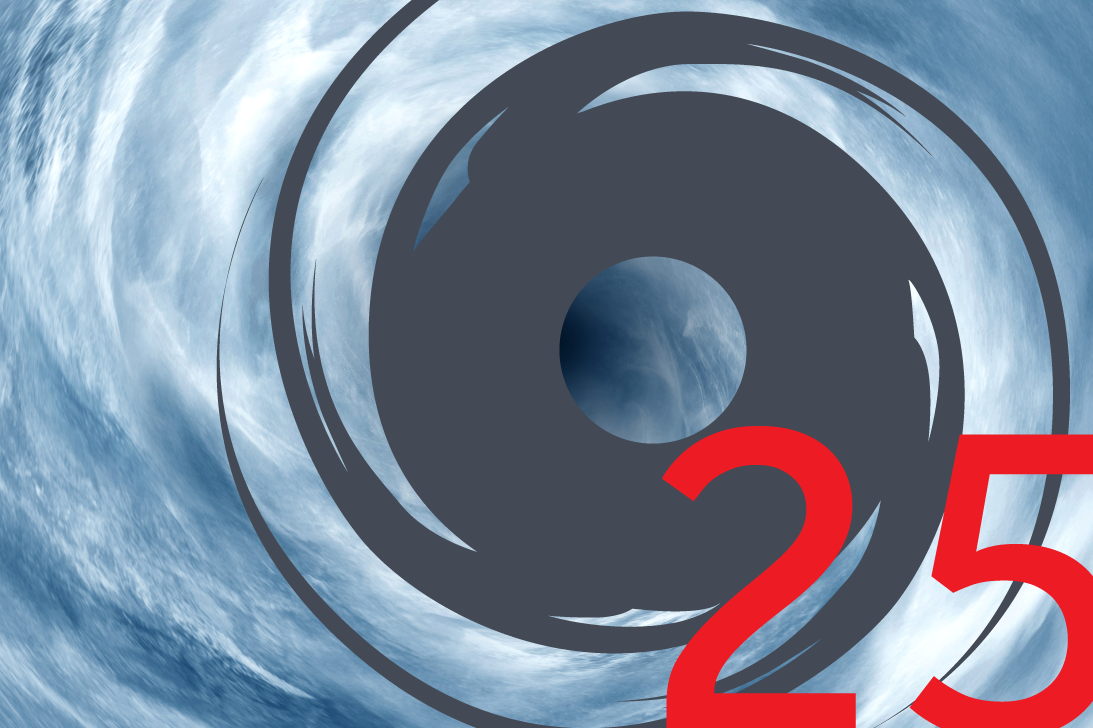 Even today, 25 years later, Hurricane Andrew ranks as the fourth most expensive hurricane in US history. When it made landfall in 1992, it was the costliest natural disaster in US history in terms of insurance payouts for homes, vehicles and businesses damaged by the storm.

Andrew caused major damage in the Bahamas and Louisiana, but its greatest impact was in South Florida, where it produced devastating wind speeds as high as 165 mph. In Louisiana, losses exceeded USD 1.5 billion including extensive damage to oil platforms in the Gulf of Mexico, leading to USD 500 million in losses for oil companies. In total, Andrew cost insurers about USD 15.5 billion (USD 26.5 billion in 2016 dollars).

Damage was extremely severe across South Florida, largely due to the hurricane’s exceptionally powerful winds. The National Hurricane Centers in Florida lost monitoring instruments so no conclusive maximum wind speeds could be determined, although winds were at least 140 mph in some areas. The community of Homestead, Florida, where the hurricane made landfall, was almost demolished.

Residential properties took a hard hit with more than 25,500 homes were destroyed; another 101,000 homes were damaged, leaving more than 250,000 homeless.  Commercial property losses were substantial too.  Some 59 health facilities, 31 public schools, 82,000 businesses, 3,300 miles of powerlines, 9,500 traffic signs and signals, plus 32,900 acres of farmland were damaged or destroyed.  Homestead Hospital, for instance, sustained USD 5 million in property damage and another USD 15 million in business income, for a total loss of USD  20 million. Additionally, Homestead Air Force Base took a direct hit, with every building either damaged or destroyed. The subsequent destruction led to its closing as a full active-duty facility. It has been partially rebuilt and now serves as a U.S. Air Reserve base.

The damage, however, could have been worse. The hurricane’s eye was well-formed and narrow, unlike Hurricane Katrina which cut a much wider swath. In addition, Andrew’s path avoided the more populated areas like Miami and Fort Lauderdale.

After Andrew, commercial CAT capacity in Florida was a little hard to find too. Commercial property owners – especially apartment and condominium owners – also began to rely on wind pools like the FWUA.  Today, there are specialty insurance companies that are focused on specifically covering wind risks. Since Hurricane Andrew and the many others that followed, many other hurricane-prone states initiated wind pools and other insurance facilities, learning from Florida’s lessons learned.

This whole situation drove a clear message to the whole industry.  Insurers and reinsurers realized that, to remain in business, they needed to estimate and manage their natural hazard risk more precisely.

A Quick Look Back

For many of us in the industry, Hurricane Andrew arrived early in our insurance careers.  We were junior underwriters, just learning our craft.  And imagine this; there was very little use of computers in the early 1990s.  Not all of us had one at our desks.  Instead, we relied on yellow carbon copy sheets – three copies, in fact – to write locations and values of commercial risks onto a spread sheet when we were underwriting commercial business.

Liability limits were nowhere near today’s standards.  They hovered closer to USD 40 million than the USD 100 million and more than many carriers offer to a single property risk today.

Cat modeling was only its infancy in the 1990s. Models were rare in the property insurance business and most underwriters did not have access to that data for their day-to-day underwriting activities.   Wind speeds were recorded historically and no Category 5 storm had hit Florida to date. We also didn’t have accurate data on building values. It wasn’t until after Hurricane Andrew that insurance research was able to start looking at what was really at risk and to begin relying on computer models to help with estimates.

Even having lived through this era of the property insurance market, it is still sometimes hard to recall how we worked back then, especially given the modeling tools, data and analytics we have and continuous innovation and advancements we are seeing today.

The Next Top Model

Modeling for instance has advanced considerably.  As mentioned, cat modeling, or the process of using computer-assisted calculations to estimate losses that could be sustained in a catastrophic event such as a hurricane like Andrew, was just starting to be applied in insurers’ underwriting and capital management efforts.  Around Andrew’s arrival, several new modeling firms developed computer software for analyzing the implications of natural hazard risk. Three major firms emerged: AIR Worldwide was founded in 1987 in Boston and Risk Management Solutions (RMS) was formed in 1988 at Stanford University.  In 1994, EQECAT began in San Francisco in 1994.

Models change with new data and as data has been continuously collected, models have continuously changed.  Advances in technology and analytics have also transformed the models and the way insureds view and deploy their insurance capital.

Advances in technology and analytics have also transformed the models and the way insureds view and deploy their insurance capital.

When Andrew struck Louisiana, our Property Risk Engineering Loss Prevention Center of Excellence Leader John A. Frank, who happened to be deployed in Louisiana,   recalls how he was immediately evacuated to a National Guard facility in central Mississippi before Andrew struck. From there, he helped with claims and clean up processes in Louisiana.  As he and others recall, the devastation to homes, businesses and people was so extensive that there was a rallying cry to improve claims handling services and specifically, to beef up the Federal Emergency Agency (FEMA) and other aid services. It took four days for FEMA to deploy its teams into South Florida after Andrew.  And given the devastation suffered, four days was way too long.  As a result, there were calls for major reforms. Because of Andrew, and legislative change, FEMA is in a much better position today to provide help when a natural catastrophe hits.

Advances in technology are allowing federal and local response agencies to employ better communication, quicker response and speedier recovery.  Consider that insurers can now deploy drones to natural disasters to begin accessing damage to large natural-cat affected areas or hone in on a specific area to inspect rooftops or individual property damage.

Quite honestly, no one in the insurance business thought there could be that much damage following any hurricane.  Andrew certainly proved us wrong and subsequently built a very strong case for strong building codes, more stringent building inspector training and attention to property loss prevention.

According to Pete Willse,  Director of Research for XL Catlin’s Property Risk Engineering team, although Florida had some of the strictest building codes in the country, following Andrew, we discovered that as a result of south Florida’s building boom, building inspectors had not been able to keep up with the new construction.   In addition to updated building codes, this discovery also prompted more stringent inspector training, tracking of projects and licensing.

After Hurricane Andrew, one of the first standards Florida adopted was the wind provisions from the American Society of Civil Engineers' standards, which encompasses the national standard for wind requirements.  The ASCE-7 code, which the International Code Council now back then it was the Building Officials & Code Administrators Inc., Southern Building Code Congress International, and International Conference of Building Officials) relies on for minimum design loads for buildings and structures, is used by all states prone to hurricanes to evaluate and design buildings.

Today, building codes have been strengthen in most coastal communities throughout the US and continue to be the subject of testing and innovation.  Buildings and construction materials are put to the resilience test at research facilities such as the “Wall of Wind” (WoW) facility at Florida International University’s International Hurricane Research Center.  The WoW facility tests full-sized structures such as site-built or manufactured housing and small commercial structures. Funded by federal and state agencies and by private industry, WoW tests offer guidance for hurricane engineering research and education that can help builders, regulators and even insurers like XL Catlin, mitigate hurricane impacts on the built environment, and enhance sustainability of infrastructure and businesses, including residential buildings, low-rise commercial buildings, power lines, traffic signals, etc. In 2013, this USD 8 million facility tested pre-Hurricane Andrew building codes against post-Hurricane building codes by simulating a Category 5 windstorm with 12 massive fans cranked up to 160 mph. Video confirmed that both roofs were torn up, but the new one – based on new building codes – mainly lost shingles.

The Insurance Institute for Business & Home Safety (IBHS)under realistic re-creations of hazards ranging from wildfires to hail storms to hurricanes.   , an independent, nonprofit, scientific research and communications organization which is supported solely by property insurers and reinsurers, conducts similar tests to determine how weather-ready construction and construction materials are.  At the IBHS Research Center in Chester County, South Carolina, researchers evaluate various residential and commercial construction materials and systems

These tests help manufacturers and others create and build more resilient residential and commercial structures, and infrastructure.  The one lesson that continues to resonate after most natural disasters is that advance preparation does pay off, thus continuously proving, at least to us in the commercial property insurance industry, to be the most effective strategy for minimizing property losses.

That’s why, since the likes of Andrew, Katrina, Ike and so many other named storms, there is much more effort overall input into helping communities and businesses prepare.  Ready.gov, a website of the Department of Homeland Security, promotes emergency preparedness, putting communities, their residents and local businesses in touch with emergency preparedness resources, tools and guidance.  Similarly, our Property Risk Engineers help our clients prepare their business facilities to help minimize storm damages.  (Read Don’t Let a Storm Blow Away Your Profits This Hurricane Season for more information on our property loss prevention services.)  And tools are also available from the ISHB including a Severe Weather EZ Prep Toolkit for Businesses.

We’ve learned much from Hurricane Andrew over the last 25 years and have made considerable strides in protecting property. Even since Andrew’s 1992 landfall, each natural-cat event continues to provide more data, lessons and advancements.   While we may never be able to harness Mother Nature, we continuously seek improvements to help our commercial property clients withstand weather’s wrath more effectively than ever before.