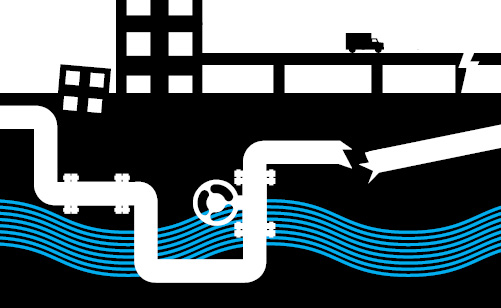 Faded GloryEurope’s economy is on a painstaking road to recovery, marching on legs creaking with age. The European Innovation Partnership on Smart Cities and Communities (EIPSCC) evaluated key urban infrastructures. Not surprisingly, most cities were described as “aged and stressed”, with government rescue out of the question.

Europe is rich in historical landmarks, including vital infrastructure like bridges, roads, railways, dams, seaports, and airports, built to last from an average of 35 years in the Netherlands to as long as 100 years in Austria and Germany. Of course, those life expectancies were calculated based on predictions of the day. Many were exceptional for their time, but they were not designed to meet the demands of the 21st century.

In fact, since most of Europe’s infrastructure was built, architectural, engineering, construction and operational innovations have made new structures safer, more efficient, and better for the environment. New structures are built to withstand more powerful storms and bear heavier loads. They have more redundancies (back-up components). They use energy more efficiently and create less waste and pollution. They can also be wired with sensors and cameras for better coordination and monitoring.

Gas pipeline explosions, collapsing bridges, and power outages are just a few signs of our aged and stressed infrastructure. How much money do we need to renovate it? Where do we start?

The Aged and Stressed Infrastructure TriageThe Organization for Economic Cooperation and Development (OECD), the World Economic Forum (WEF), McKinsey, and Standard and Poors all agree; From now to 2030, we need an annual, global infrastructure investment of up to USD 3.7 trillion annually, divided equally between Europe, the US, and China.

The WEF estimates that about 70% of that is available right now, so we will have to stretch it out. Where ever possible, we should bring existing infrastructure up to standard. Studies show, for example, that water and power transmission leaks result in up to 50% distribution loss. Simply identifying leaks and repairing them can provide additional capacity at 3% the cost of new construction.

However, there will still be plenty of new construction. How much does each sector need? The global breakdown:

Water, a Dwindling Resource: USD 11.7 Trillion GDP is closely linked with water provision and waste management. Although Europe has one of the best water systems in the world, especially Western Europe, it is still an ad-hoc, fragmented network. The EU is promoting better connection and coordination to create a consistent standard across Europe.

Climate change and urbanization present us with further challenges. As temperatures rise and rainfall patterns shift, traditionally water-rich regions are experiencing prolonged droughts and a shrinking water supply.  In many regions, waste management is also strained by increased contamination from pharmaceuticals and pesticides.

At the same time, the global population is swelling. Even aging Europe adds 1 million new inhabitants each year. All those people use more water and produce more waste. It will become more challenging for cities, especially, to continue to provide clean water and efficient sewage. The OECD believes the water network should be Europe’s first priority.

Roads: USD 16.6 TrillionRail: USD 4.5 TrillionTransport is also vital to productivity. Vehicle loads (weight) and traffic exploded in the second half of the 20th century, a trend which will continue through 2050. Freight trucks alone weigh several thousand kilograms more, and travel twice as far as they did just two decades ago. Each year 34 million freight trucks and 240 million passenger cars—one for every 2 citizens—travel European roads.

Road fatalities are closely correlated with road conditions. Poor roads are not only dangerous; they also cause wear and tear to vehicles. Roads are the single, most stressed infrastructure feature globally, as demand eternally exceeds capacity, especially in cities.

Available space is finite in Europe, and as urbanization continues, overcrowded roads and congestion will force more people onto public transport. Even with all those cars and trucks, the 215,000 km European rail network is already over capacity. So, public transport will also have to expand.

The answer to power resilience comes in two forms: distributed power and smart grids. Homes may eventually be able to supply their own primary, renewable energy, using anything from wind turbines to fuel cells. That is distributed power.

The public power infrastructure, however, will need to stay connected, which is why many municipal authorities are instituting smart grids. Sensors on power lines and metering devices connect to a central system, increasing energy oversight and coordination. Ultimately, these smart grids will connect to greater, smart-city networks.

Telecoms and Smart Cities: USD 9.5 TrillionUrbanization increases everything from power and water demands, to waste production and traffic. According to a July 2014 UN report, 54% of the global population is urban; by 2050 it will be 66%. We will have to manage city resources and services much more efficiently to cope.

City planners around the world believe the solution is to connect the entire infrastructure to a smart-city control center. Old and new structures will be fitted with sensors, cameras, and radar, which feed into a central computer system, to help authorities coordinate traffic, utilities, and emergency services.

Airports: USD 2.0 TrillionChina ranks as an efficiency-driven economy, not an innovation economy, according to the WEF. Yet, it is now overtaking the US to become the world’s biggest economy. This is not merely due to the size of the population. China is also the world’s number-one infrastructure investor. Better infrastructure increases productivity.

This is underscored by the fact that Asia claims 5 of the world’s top 10 airports, Europe only 4. The Airport Council International (ACI) does not expect Europe to make the list at all by 2030, because space and funding are both in short supply. Without major changes, we can expect air traffic to be rerouted away from Europe, creating significant economic impact by 2030.

Seaports: 0.7 TrillionThe OECD has highlighted the ongoing role of ports as logistical and industrial hubs. Renovation and retrofitting will include incorporating the lessons learned from recent disasters like Hurricane Katrina. Mainly: repair, maintenance, and wider capacity margins are crucial, wherever cities and large bodies of water converge.

The Way Forward: Government and Investors Working TogetherRoads, trains, bridges, airports, seaports, energy, water, and communication—there is no shortage of either greenfield or brownfield projects. As European austerity continues, private investors are expected to contribute 75% of the capital necessary to revamp the infrastructure, through public-private partnerships (PPPs). These need to be structured carefully. Read here about reducing risk and raising returns in PPPs.

Most importantly, each infrastructure project should be part of a regional or national infrastructure strategy, which integrates repairs, retrofitting, and new development.

For example, before building a new road, authorities should consider traffic projections for at least 20 years, as well as all other transportation means. Existing roads should be evaluated, and costs compared for repairs versus reconstruction. Road demand can be managed by encouraging the use of public transport, and possibly imposing access restrictions or congestion fares. The effect of new roads on long-term spatial development, the relationship of road and rail traffic to air travel, the national energy strategy, and even smart-city coordination should all be part of the plan.

In any PPP, the private partner will be building and operating with constrained margins, as well as the potential for regulatory changes which heavily impact the project. Financial risk transfer will be vital. Insurance for first-party damages and third-party liability will safeguard the core investment, beginning with design and construction phases, and continuing through infrastructure completion and operations.

Two Booming DecadesThe next two decades will witness a revival and expansion of infrastructure, not only in Europe, but around the world. Latin America is expanding its infrastructure to promote GDP growth. Asia’s next phase of growth hinges on another wave of infrastructure investment. After the American Society of Civil Engineers graded the US infrastructure a D+ (borderline fail), the US is catching up as well.

How exactly Europe will prioritize and allocate its third of the global infrastructure investment remains to be seen. But from now to 2030, we are looking for USD 1.2 trillion annually in repairs, retrofitting, expansion and digitization. If we manage it right, we can make Europe safer, stimulate productivity, and raise GDP by USD 3 trillion a year. To generate those returns, however, we have to think beyond short-term balance sheets and political expediency. Governments and businesses that commit to long-term, integrated strategies will help ensure that this historical investment fulfills its purpose, serving Europe reliably for decades to come. 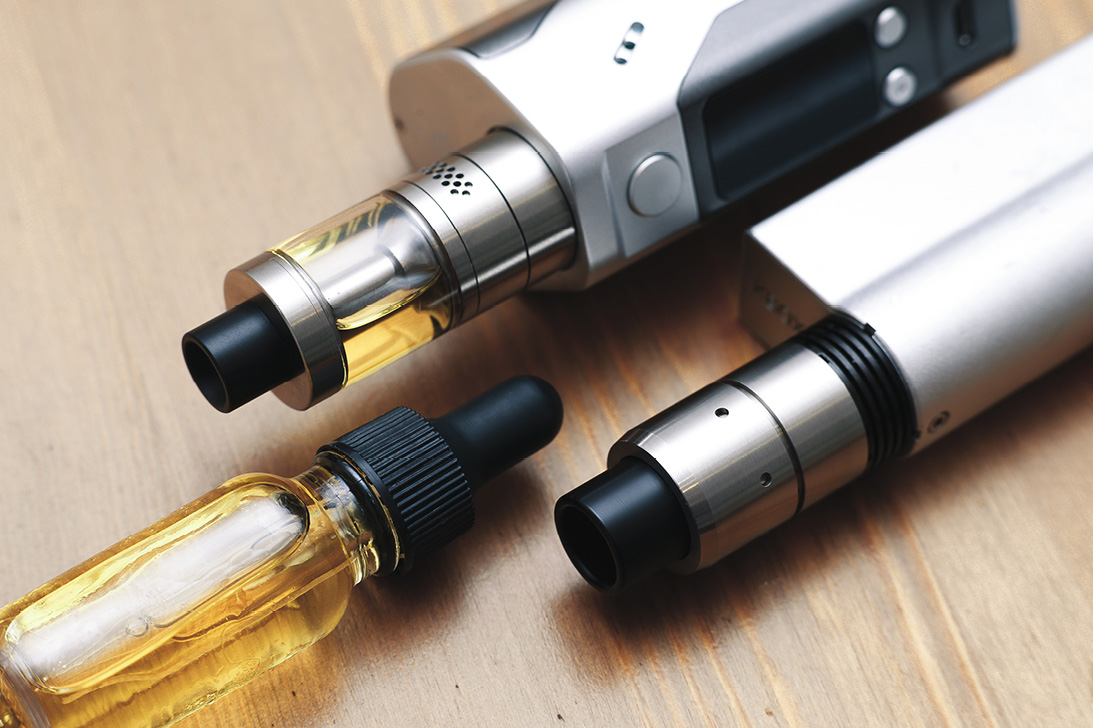 E-cigarettes have been on our watchlist of emerging risks for the past several years. A recent outbreak of severe pulmonary disease in the U.S., coupled with reports of deaths suspected to be linked to vaping, have given the issue an even greater focus from regulators and policymakers. In March this
Read More