Know your risks when dealing with employees

Employee/employer courtroom drama can be found easily in today’s headlines. In June, the US Supreme Court made headlines by announcing two rulings that will raise the bar for plaintiffs alleging job discrimination. One ruling narrowed the definition of supervisor in racial and sexual harassment cases. The plaintiff in this case – Vance v. Ball State University – was an African-American worker who accused her supervisor of racial harassment. The supervisor was white and was described as a catering specialist who slammed pots and pans around the plaintiff and blocked her on an elevator. According to the majority decision written by Justice Samuel A. Alito, Jr., the E.E.O.C.’s definition of supervisor was a “study in ambiguity”. According to Justice Alito, “Supervisors are managers with the authority to take ‘tangible employment actions’ like hiring, firing, promoting, demoting or reassigning employees to significantly different responsibilities.” In this case, both sides agreed that the supervisor did not have the authority to hire or fire employees. The other ruling by the Supreme Court in June 2013 set tougher standards for workers complaining about retaliation. This case – the University of Texas Southwestern Medical Center v. Nassar – tightened the legal standard for plaintiffs who assert that they face adverse employment actions in retaliation for complaining about employment discrimination. The case involved Naiel Nassar, a physician of Middle Eastern descent, who claimed that he faced hostile treatment from a hospital supervisor because of his religion and ethnic heritage. He further claimed he had been retaliated against and not given as good a job offer as he had hoped because of his discrimination complaint. Writing for the majority, Justice Anthony M. Kennedy, said, “Retaliation cases should have a different, tougher standard of proof than regular employment discrimination cases.” The Court held that the plaintiff must prove that the retaliation was not just a motivating factor in a negative action like a demotion, but the determinative factor. Justice Ginsburg, writing the dissent, said that the “causation standard” the court was adopting for retaliation cases would undercut efforts to fight employment discrimination and that it would confuse juries in hearing cases in which employment discrimination claims would be judged by one standard and related- retaliation claims by a tougher standard. The most frequent EPL claim is retaliation According to the U.S. Equal Employment Opportunity Commission (EEOC), it received 99,412 private sector workplace discrimination charges in FY 2012 (ending September 20, 2013). The number of charges is down slightly from the record number filed in FY2011. That year the EEOC received more than 99,947 charges, the highest in their 46-year history. Studies have consistently shown a strong correlation between economic turmoil and employment-related claims. So it should come as no surprise that the recent economic downturn has had a dramatic effect on employment-related claims. For the second consecutive year, retaliation (37,836) was the most frequently filed charge, followed by race (33,512) and sex discrimination (30,356). Out-of-work and increasingly desperate former employees are arguing their job terminations were retaliatory acts by their employers for something they complained about before being let go. Up until the June 2013 Supreme Court decision, the definition of retaliation had been broadened with almost every decision. Now, with the June 2013 ruling, the burden of proof is placed more solidly on the plaintiff. While economic consequences have fueled a surge in retaliation claims from unemployed workers, new emerging classes of workers such as obese and depressed Americans, unpaid interns and immigrants could push EPL claims activity to unprecedented levels in the years ahead. One of the fastest growing areas is ethnicity and religion. How to prevent employee lawsuits While these decisions seem to raise the bar for plaintiffs, they don’t let employers off the hook. No company or industry is immune to such lawsuits. Taking necessary precautions is an integral part in managing an employer’s risk. Employees are wiser today about how they are being treated, have a heightened awareness of lawsuits and will not hesitate to address them if they feel they are being mistreated. That is why it’s important to strive to create a safe, friendly and non-biased work environment. In an attempt to prevent employee lawsuits, many businesses try to minimize their exposure to employee complaints by:
Subscribe
More Articles
Quick Links 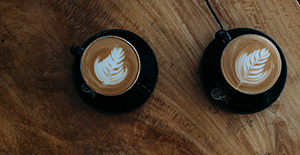